The Battle of Antietam was one of the bloodiest single day battles of the Civil War.

Surprisingly, eight women fought as soldiers in the battle and one child won the Medal of Honor for his actions during the battle.

The battle occurred after General McClellan followed General Lee into Maryland during Lee’s ambitious plan to invade the north and launched attacks against his troop’s left flank near Antietam creek on the morning of September 17.

The Confederates counterattacked and the battle spilled onto Miller’s cornfield near Dunker Church and into the East Woods, West Woods and the Sunken road. 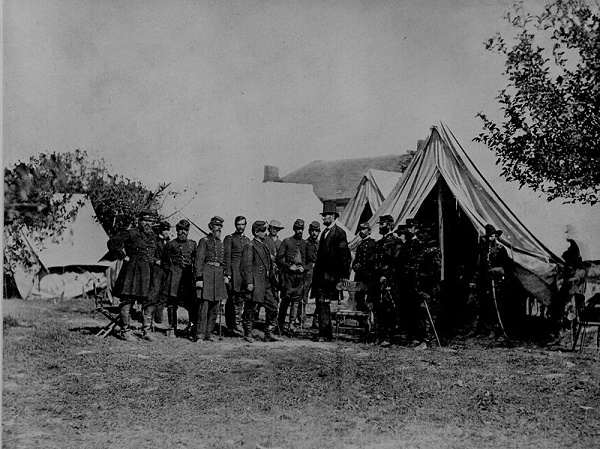 Abraham Lincoln visiting the battlefield at Antietam on October 3, 1862

By the afternoon, Union troops captured a stone bridge over Antietam Creek and charged the Confederate’s right flank.

Confederate reinforcements, fresh from the Battle of Harper’s Ferry, arrived just in time to counterattack and drove back the Union soldiers, ending the battle.

By the end of the 12 hour battle, 2,108 Union soldiers and 1,546 Confederate soldiers lay dead and tens of thousands were missing. 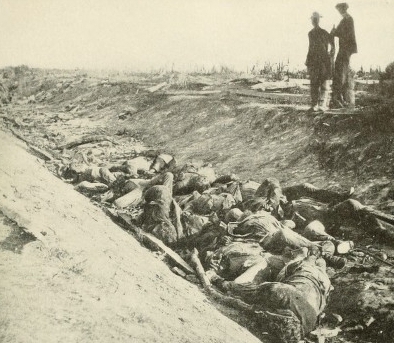 The “Bloody Lane” or sunken road at Antietam

The battle successfully thwarted General Lee’s attempts to push north and was considered a strategic win for the Union army.

This success prompted Abraham Lincoln to issue the Emancipation Proclamation, which freed slaves in seceded states and discouraged Britain and France from giving the Confederates money or supplies.

Many of the wounded were carried to one of the 70 field hospitals established in barns and churches near the battlefield. 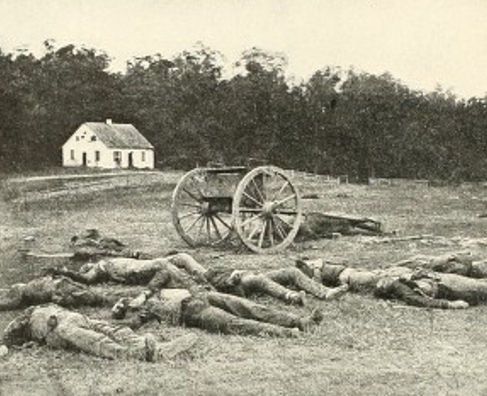 Civil War nurse Clara Barton brought much needed supplies to the battlefield and field hospitals and tended to the wounded soldiers. She later described her experiences that day in a letter to a friend:

“A man lying upon the ground asked for drink–I stooped to give it, and having raised him with my right hand, was holding the cup to his lips with my left, when I felt a sudden twitch of the loose sleeve of my dress–the poor fellow sprang from my hands and fell back quivering in the agonies of death–a ball had passed between my body–and the right arm which supported him–cutting through the sleeve, and passing through his chest from shoulder to shoulder. There was no more to be done for him and I left him to rest.”

The Antietam National Cemetery was finally established in 1867, but only Union soldiers were allowed to be buried in it. The Confederate soldiers were eventually relocated to the Washington Confederate Cemetery in Hagerstown in 1870. 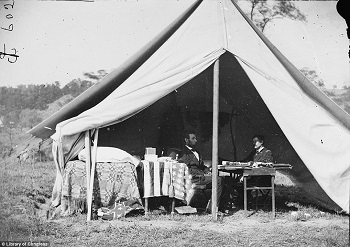 President Abraham Lincoln with Gen George B. McClellan photographed at Antietam by Alexander Gardner on October 3, 1862 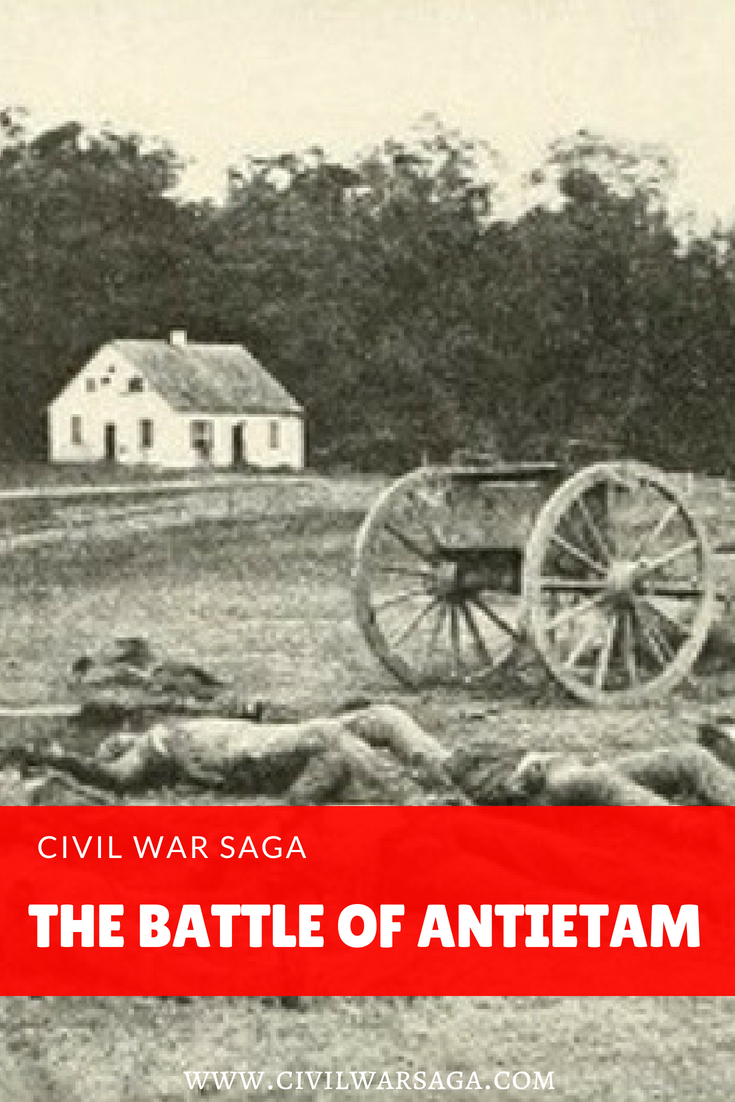