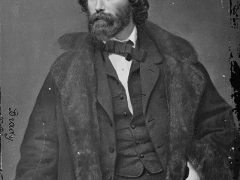 James Russell Lowell was an abolitionist and poet from Cambridge, Massachusetts who served as the first editor of the Atlantic Monthly magazine from 1857 to 1861. In October of 1860,… Read more » Benjamin Butler was a Massachusetts Senator who served as a Union General in the Civil War. Despite the fact that he was a Democrat and a Northerner, during the 1860… Read more » President Abraham Lincoln wasn’t the only Abraham Lincoln involved in the Civil War. The Confederates had their own Lincoln, Private Abraham B. Lincoln of Company F in the 1st Virginia… Read more »

Although John Wilkes Booth is now known as the infamous assassin who brutally murdered Abraham Lincoln in 1865, during his lifetime Booth was known as a famous and handsome stage… Read more » After the state of Alabama seceded from the Union in January of 1861, a small county within the state, known as Winston County, disagreed with the decision and tried to… Read more »

Although born and raised at different times and places, Abraham Lincoln was actually related to Paul Revere through three marriages in his family. Abraham Lincoln’s father, Thomas Lincoln, had two… Read more » 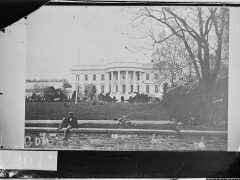 After a meeting Prince Napoleon at the White House on August 3, 1861, Abraham Lincoln invited the prince back to the White House later that evening for a dinner party…. Read more »

In July of 1861, Prince Napoleon, nephew of the infamous Napoleon I, embarked on a two-month private tour of the United States during which he met Abraham Lincoln and also… Read more »

During an interview for The Chautauquan magazine in 1896, with a writer named Rosa Belle Holt, Harriet Tubman stated that she did not like Abraham Lincoln during the Civil War… Read more »