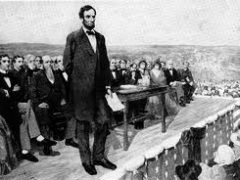 When Abraham Lincoln delivered the historic Gettysburg Address in November of 1863, little did the public know he was ill with a deadly form of smallpox. Lincoln’s symptoms first began… Read more » 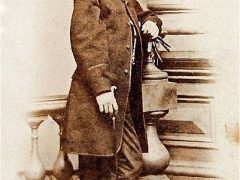 In early 1865, John Wilkes Booth allegedly became involved in a romantic rivalry with Robert Todd Lincoln, the son of Abraham Lincoln, when they competed for the affection of a… Read more » In a strange twist of fate, Edwin Booth, the brother of John Wilkes Booth, once saved the life of Abraham Lincoln‘s son Robert Todd Lincoln. Sometime in late 1864 or… Read more » In the aftermath of Abraham Lincoln‘s assassination, federal officials swarmed the immediate family of John Wilkes Booth. The War Department believed the assassination was a part of a national conspiracy… Read more » John Surratt was the son of convicted Lincoln conspirator, Mary Surratt. Unlike his mother and the eight other conspirators hanged for Abraham Lincoln‘s assassination, John escaped punishment for his role… Read more »

Jefferson Davis was a statesman and President of the Confederate States of America during the Civil War. Davis was born in Fairview, Kentucky on June 3, 1808 to Revolutionary War… Read more » The Washington Monument in Washington D.C. was built between 1848 and 1884 as a tribute to George Washington. Although plans for a memorial had been in place before Washington even… Read more »

When John Wilkes Booth fled Ford’s Theater on April 14, 1865 and was killed on a farm in Virginia two weeks later, officers found a red leather diary on his… Read more »