When Harriet Tubman was working as a nurse during the Civil War, she was assaulted one day in October of 1865 by a train conductor on the Camden & South Amboy railroad while on her way back from the military hospital at Fort Monroe in Virginia.

As she was instructed to do by the military, Tubman had used her nurse’s pass to purchase a half-fare ticket from Philadelphia to her home in Auburn, New York. Having missed her original train, she boarded a late-night emigrant train, bound for Auburn. 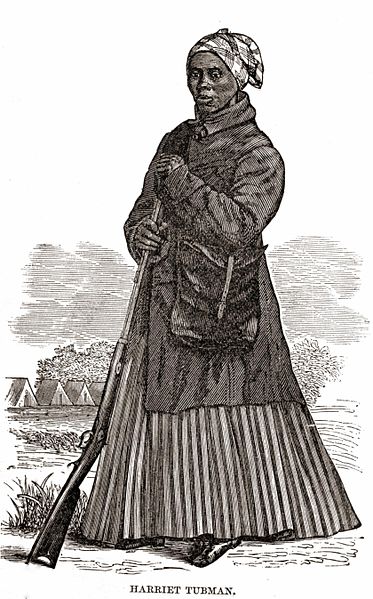 After handing the conductor her ticket, he responded with “We don’t carry niggers half fare.” Tubman explained that she worked for the government and was entitled to the same half-fare tickets the soldiers received.

Refusing to listen, the conductor grabbed her by the arm and called three male passengers to assist him in removing her from the car.

While the passengers shouted “Pitch the nigger out,” the men opened up the door and threw her violently into the baggage car, injuring her shoulder and arm and several of her ribs in the process.

According to a letter written by her friend, Martha Coffin Wright, Tubman shouted at the conductor “I’ll thank you to call me a ‘black’ or Negro, you copperheaded scoundrel. I am just as proud of being a black woman as you are of being white.”

Upon arriving in Auburn, a young man stopped Tubman while she was leaving the train, handed her his card and offered to be her witness if she decided to sue the conductor.

Tubman sought out a doctor, who placed her arm in a sling and set her shoulder. Her injuries took months to heal and she spent most of the winter recovering.

Tubman’s friends were outraged by her treatment and explored the possibility of suing the conductor.

When her friends realized that the young man who offered to serve as a witness did not have any contact information on his card, they placed advertisements in local newspapers but never heard from him.

With no white witness to support her, Tubman knew that as a black woman she would have no case against a white man and reluctantly decided to let the matter go.

1 thought on “Harriet Tubman Assaulted by a Train Conductor”