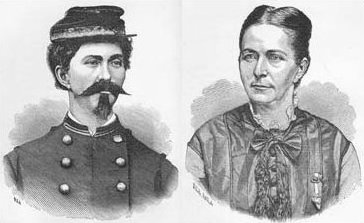 Illustration of Loreta Janeta Velazquez disguised as Henry T. Buford in a Memphis Bar. Published in “The Woman in Battle” in 1876 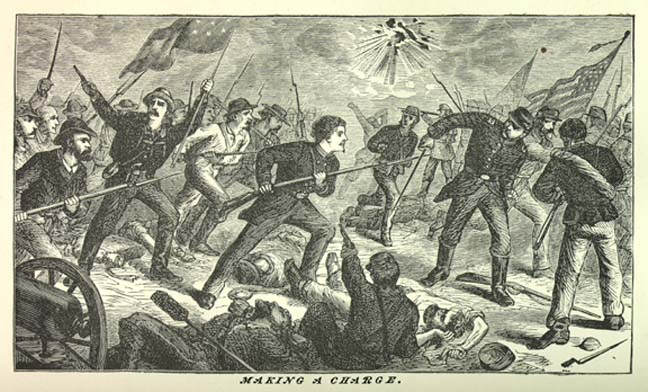 Illustration of Loreta Janeta Velazquez in battle disguised as Henry T Buford. Published in “The Woman in Battle” in 1876 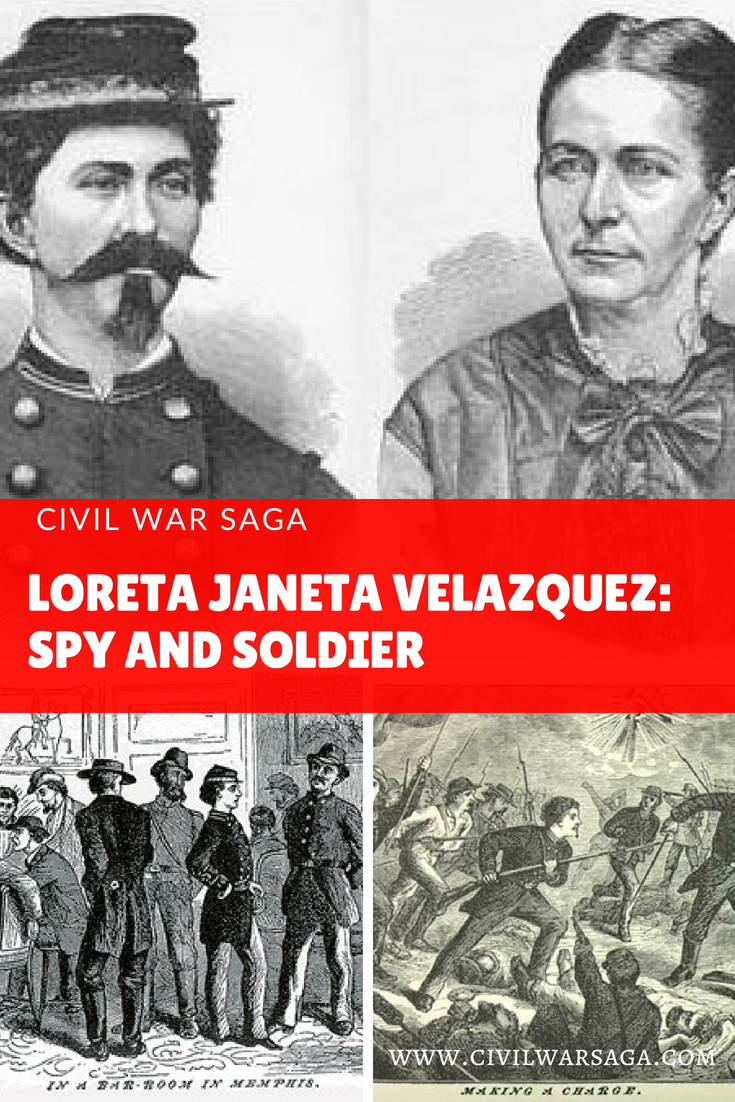