The following is a guest post by Jennifer Grant. She runs the blog at AmericanFlags.com and has written the following article explaining the history and the significance of American Civil War flags:

Throughout military history, flags have played a critical role on the battlefield, and perhaps never more essential than in the Civil War.

Flags serve as a rallying point, an indicator of troop movement, and an integral part of a unit’s morale. In the Civil War, flags served all of these purposes, and more importantly than foreign wars, because the fighting was brother against brother.

When the South decided it was time to secede from the United States, they divided our country in two. The Stars and Stripes remained the symbol of the Union and, at that time, represented the current 36 states under which all Union soldiers fought.

However, there were many more flags representing individual units that became famous because of their role in the Civil War. 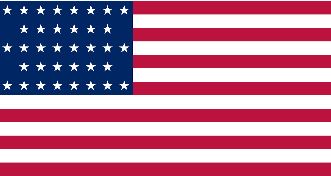 One such flag, from the 28th Massachusetts 4th regiment Irish Brigade, spurned fear in the hearts of the Confederate soldiers. The unit gained fame from the first major battle of the Civil War, also known as the Battle at Bull Run.

While the victory went to the South in this fight, the Irish Brigade flew their standard high and charged courageously into battle, holding their ground. They retreated in orderly fashion, unlike their fellow Union soldiers, and, because of the stubborn bravery they showed, their flag was at the center of the troops and led the Union charges going forward. When the Confederates would see the green flag with the yellow harp fly, they knew battle was coming.

Another famous flag synonymous with the Civil War is the 20th Maine, which was part of the 1st Division, V Corps of the Army of the Potomac.

They fought in many infamous battles, such as Antietam, Fredericksburg, Chancellorsville, Mine Run, Cold Harbor, Five Forks, and Appomattox, to name a few. The battle that led to their fame was Gettysburg. 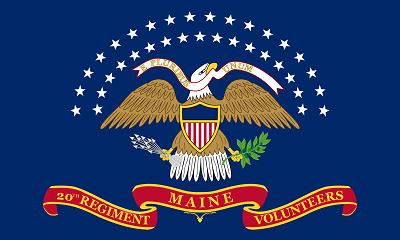 The regiment, under command of Colonel Chamberlain, was stationed on Little Round Top, which was left of the Union line. They came under heavy fire from the 15th Alabama, which was trying to flank the Union forces and soon ran out of ammunition.

As depicted in the novel “The Killer Angels” by Michael Shaara, and in the movie “Gettysburg,” the men charged down from Little Round Top with empty guns and their bayonets fixed to their rifles. This epic courage turned the tide of the battle and led to the defeat of the Confederate Army at Gettysburg.

Just as the Union had their standards, the South went through many flags before settling on one to represent their cause and their desired new nation. The first was the Lone Star flag, with a blue field and a single white star in the center, also known as the Bonnie Blue flag. It was flown on January 9, 1861 in Mississippi during the Convention of the People, where resigned Congressman Lucius Quintas Cincinnatus Lamar proclaimed the state’s secession from the Union.

The flag became immortalized in the song “The Bonnie Blue Flag,” written by Harry McCarty, and was quickly adopted by the Confederate troops as their marching song. While the song “Dixie” was their national song, “The Bonnie Blue Flag” became the South’s second anthem, just as the flag was considered their unofficial national flag. 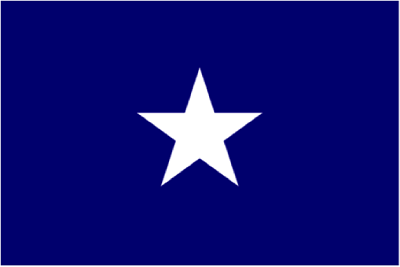 The true flag of the South was, in fact, the First Confederate National flag, not the battle flag of the Army of Northern Virginia, like many people assume.

The First Confederate National flag had several revisions, but finally was settled on the three red and white stripes, with a blue canton that held thirteen white stars representing each of the states that seceded. Why all the confusion between the two flags? 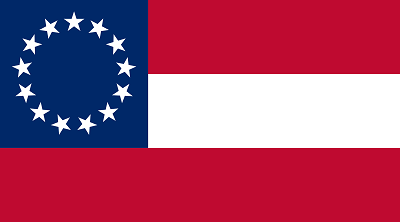 In the first real battle, the Battle of Bull Run or the Battle of Manassas (as the south typically refers to it), General Beauregard recognized the similarities of the Union and Confederate flags, leading to confusion on the battlefield.

To keep the order on the field, the Confederacy decided on using the flag from the Army of Northern Virginia as their battle flag, which has become not only solidified as the flag of the south, but the center of controversy even today.

Perhaps one of the main reasons there is still confusion about which flag was the actual representation of the South is that the Stars and Bars flag was criticized as a “servile imitation” and a “detested parody” of the Stars and Stripes.

Flags serve as rallying points for troops in battle, as a place to find their comrades when separated in chaos. Standard bearers are often the bravest men in a unit because they protect the flag at all costs, leading charges and ensuring their flag is the one left standing at the end of the day. These flags of the Civil War bring emotions to the surface in every man, woman, and child who remembers the war that tore our country in two. 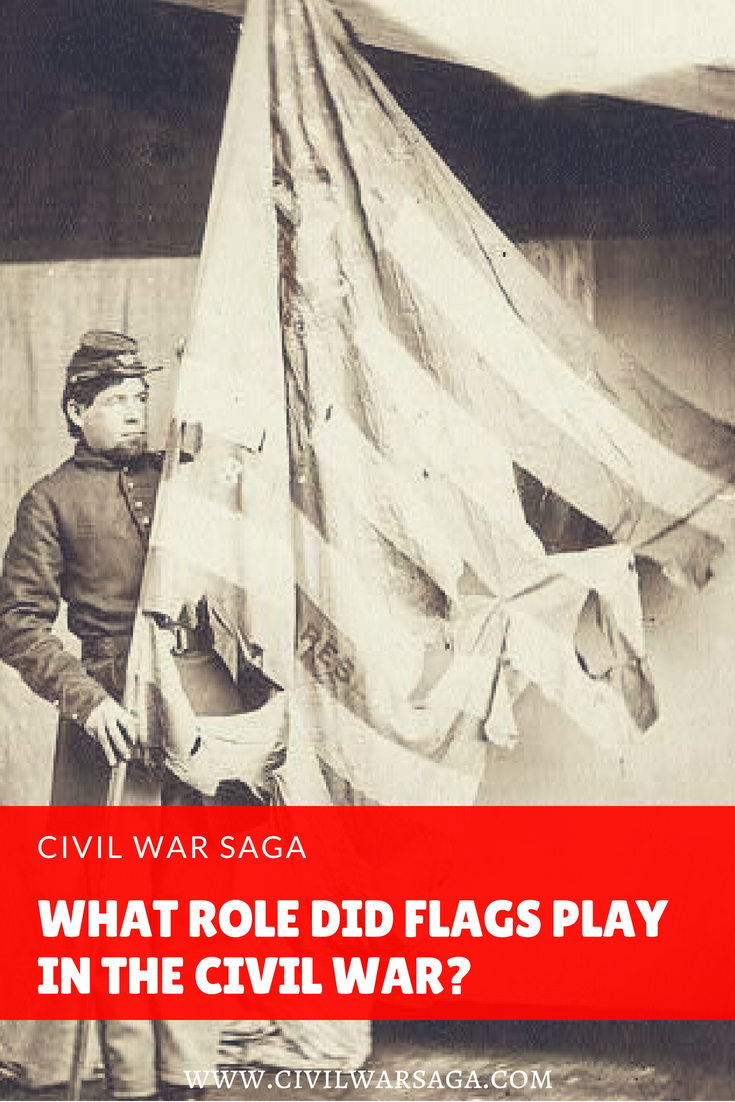 4 thoughts on “What Role Did Flags Play in the Civil War?”