Many of the current Christmas traditions celebrated today actually started during the Civil War era.

Although Christmas wasn’t an official holiday until President Ulysses S. Grant made it one in 1870, many Americans observed the holiday throughout the war as a way to find comfort and bond with family members through long-lost traditions.

Christmas was widely celebrated in Europe for centuries but when the Puritans came to the New World they brought with them their distaste for the holiday.

Instead of the joyful, family-oriented holiday that it is today, they turned Christmas into a solemn occasion that involved praying and reflecting on sin.

Feeling that it was more of a European pagan holiday than a Christian celebration, Puritans officially banned Christmas in Boston for over 20 years during the mid 1600s.

Even after the ban was lifted it was still viewed with suspicion and dragged on as a dull, muted holiday over two centuries later. 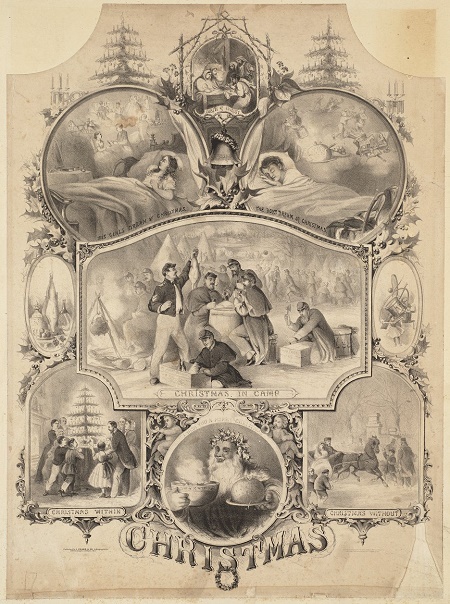 In the early 1800s, a growing religious revival spurred the return of Christmas celebrations in many states.

Children received small, homemade gifts such as hand-carved toys, fruit and cakes. Families had Christmas trees, which were small and sat on top of a table, that they decorated with strings of dried fruit and popcorn.

During the Civil War, soldiers celebrated by decorating their camp Christmas trees with hard-tack and salt-pork and singing carols such as “Come All Ye Faithful” and “Silent Night.”

After General William Sherman captured Savannah in December of 1864, his soldiers dressed their horses up like reindeer by attaching branches to their headgear and delivered food and supplies to hungry families in Georgia.

Although some soldiers, especially Union soldiers in the beginning of the war, enjoyed special Christmas dinners of turkey, oysters and pies, other soldiers were not as lucky: “And when I turned from these musings upon the bill of fare they would have at home to contemplate the dreary realities of my own possible dinner for that day – my oyster can full of coffee and a quarter ration of hard-tack and sow-belly comprised the menu”  wrote one soldier in a book titled The Story of a Common Soldier of Army Life in the Civil War, 1861-1865.

President Abraham Lincoln and his family celebrated Christmas during the first year of the war by holding a Christmas party at the White House.

During the Christmas season in 1862 and 1863, he visited injured soldiers in a various hospitals.

One of the most famous Christmas gifts was when General Sherman captured the city of Savannah, Georgia in December of 1864, a significant military achievement that marked the beginning of the end of the war, and sent Abraham Lincoln a telegram that read: “I beg to present you as a Christmas gift, the city of Savannah, with 100 and 50 guns and plenty of ammunition, also about 25,000 bales of cotton.” Telegram from General Sherman presenting Savannah as a Christmas present

Sources:
Christmas at the White House: Abraham and Mary Lincoln: www.hoover.archives.gov/exhibits/WHChristmas/lincoln/index.html
Christmas During the Civil War: www.co.seneca.ny.us/history/Christmas%20During%20the%20Civil%20War.pdf
The Smithsonian Associates: Christmas North and South: civilwarstudies.org/articles/Vol_4/xmas-2001.shtm
American Heritage; When Christmas Was Banned in Boston; Dana Marriott: www.americanheritage.com/content/when-christmas-was-banned-boston
“The Story of a Common Soldier of Army Life in the Civil War”, 1861-1865; Leander Stillwell; 1920 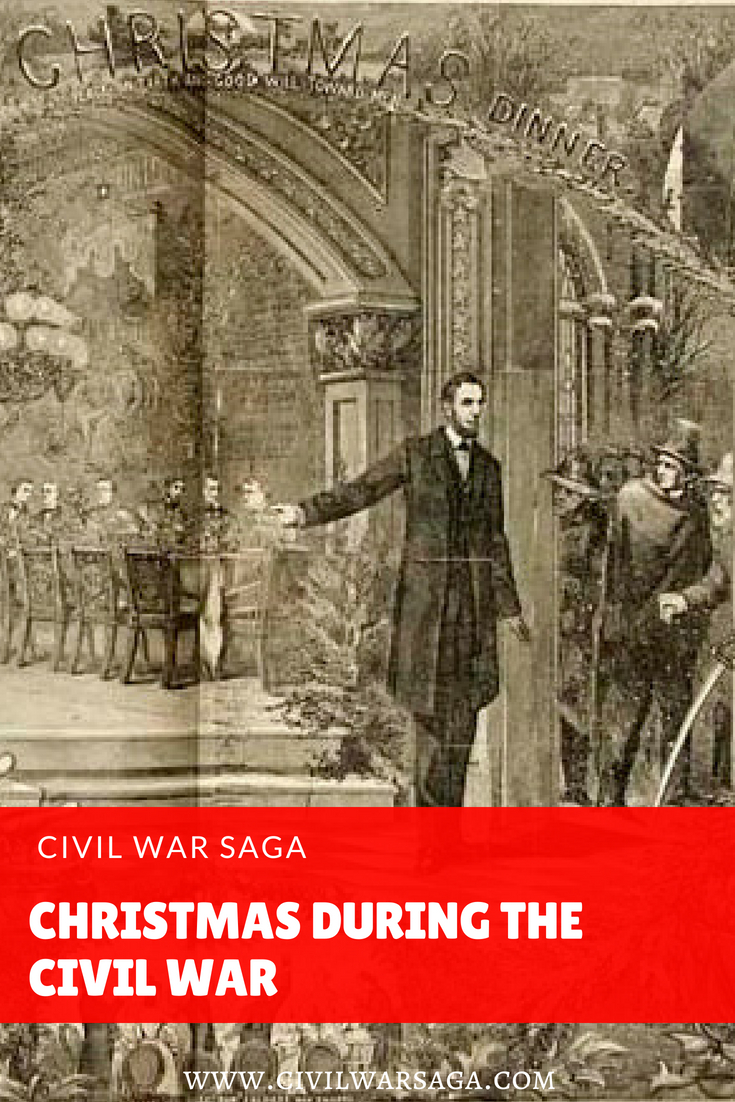 1 thought on “Christmas During the Civil War”