The argument over whether slavery was the primary cause of the Civil War is one of the most controversial topics in American history. It is a subject that has been debated since the war first began in 1861.

Evidence That Slavery Was the Cause of the Civil War:

One way to determine the cause of the Civil War, is to examine the primary sources from that period to see if any explicit causes were cited.

The Civil War began after several states seceded from the Union in late 1860 and early 1861. Each state that seceded issued an Article of Secession announcing that they were leaving the Union. 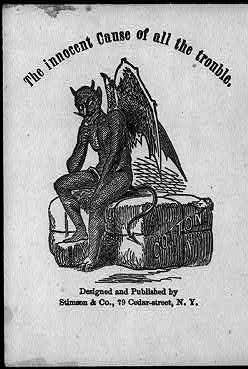 Georgia’s declaration focuses heavily on slavery and state’s rights, stating that it refused to be ruled over by an anti-slavery government:

“Our Northern confederates, after a full and calm hearing of all the facts, after a fair warning of our purpose not to submit to the rule of the authors of all these wrongs and injuries, have by a large majority committed the Government of the United States into their hands. The people of Georgia, after an equally full and fair and deliberate hearing of the case, have declared with equal firmness that they shall not rule over them. A brief history of the rise, progress, and policy of anti-slavery and the political organization into whose hands the administration of the Federal Government has been committed will fully justify the pronounced verdict of the people of Georgia. The party of Lincoln, called the Republican party, under its present name and organization, is of recent origin. It is admitted to be an anti-slavery party. While it attracts to itself by its creed the scattered advocates of exploded political heresies, of condemned theories in political economy, the advocates of commercial restrictions, of protection, of special privileges, of waste and corruption in the administration of Government, anti-slavery is its mission and its purpose. By anti-slavery it is made a power in the state. The question of slavery was the great difficulty in the way of the formation of the Constitution.”

Mississippi’s declaration is somewhat more straightforward on the subject when it states: “Our position is thoroughly identified with the institution of slavery.” The declaration then goes on to say that the state seceded because if it didn’t it would lose its slaves:

“Utter subjugation awaits us in the Union, if we should consent longer to remain in it. It is not a matter of choice, but of necessity. We must either submit to degradation, and to the loss of property worth four billions of money, or we must secede from the Union framed by our fathers, to secure this as well as every other species of property. For far less cause than this, our fathers separated from the Crown of England.”

South Carolina’s declaration also mentioned state’s rights and suggested the federal government’s actions towards slavery were a violation of the Constitution:

“The people of the State of South Carolina, in Convention assembled, on the 26th day of April, A.D., 1852, declared that the frequent violations of the Constitution of the United States, by the Federal Government, and its encroachments upon the reserved rights of the States, fully justified this State in then withdrawing from the Federal Union; but in deference to the opinions and wishes of the other slaveholding States, she forbore at that time to exercise this right.”

Texas’s declaration also mentions slavery and states rights but also discusses other grievances with the federal government, accusing it of failing to protect the state from Native American attacks and failing to do enough about Mexican immigration. 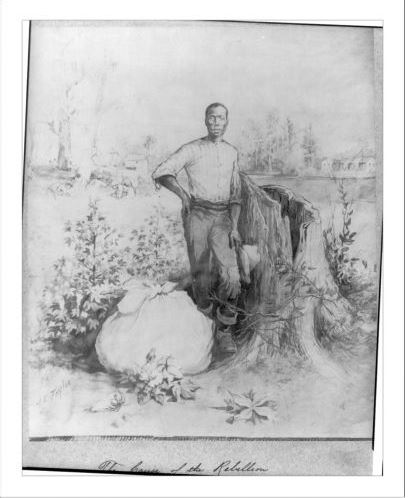 Caption card titled “Cause of the Rebellion – Nigger and Cotton,” illustration by J.E. Taylor, circa 1861-1865

Another primary source pertaining to this topic is Abraham Lincoln’s famous Gettysburg Address. According to the book Lincoln at Gettysburg: The Words that Remade America by Garry Wills, in the speech, Lincoln argues that the Civil War is a battle for equal rights for African-Americans, particularly in his opening line:

“Fourscore and seven years ago our fathers brought forth on this continent a new nation, conceived in liberty and dedicated to the proposition that all men are created equal. Now we are engaged in a great civil war, testing whether that nation or any nation so conceived and so dedicated can long endure.”

Furthermore, Wills says that this speech eventually paved the way for the 14th amendment, which granted citizenship to former slaves.

Many primary sources of the time back up Wills claims. A number of newspapers picked up on the message of Lincoln’s speech and criticized the president for his bold assertion, such as The Chicago Times, which wrote:

“How dare he, then, standing on their [the soldiers] graves, misstate the cause for which they died, and libel the statesmen who founded the government? They were men possessing too much self-respect to declare that Negroes were their equals, or were entitled to equal privileges.”

However, we don’t know if Lincoln actually felt this way or if he was just hoping to gain support for the Union cause by equating the war with a noble struggle for human rights.

Another famous Civil War-era speech that states slavery was the cause of the Civil War was the “Cornerstone Speech” by Alexander Stephens, the Confederate Vice President. Stephens spoke in Savannah, Georgia in March of 1861, just weeks before the war officially started, during which he compared the Civil War to the Revolutionary War, in which a band of rebels overthrew a tyrannical government, and said that slavery was the cause of this new revolution:

“The new constitution has put at rest, forever, all the agitating questions relating to our peculiar institution African slavery as it exists amongst us the proper status of the negro in our form of civilization. This was the immediate cause of the late rupture and present revolution.”

Another useful primary source on the topic is the memoir of the Confederate President, Jefferson Davis, titled The Rise and Fall of the Confederate Government. In the preface of his memoir, Davis wrote that slavery, which he referred to as “African servitude,” was one of the main reasons for the Civil War:

“African servitude at that time was not confined to a section, but was numerically greater in the South than in the North, with a tendency to its continuance in the former and cessation in the latter. It therefore thus early presents itself as a disturbing element, and the provisions of the Constitution, which were known to be necessary for its adoption, bound all the states to recognize and protect that species of property. When at a subsequent period there arose in the Northern states an anti-slavery agitation, it was a harmless and scarcely noticed movement until political demagogues seized upon it as a means to acquire power. Had it been left to pseudo-philanthropists and fanatics, most zealous where least informed, it never could have shaken the foundations of the Union and have incited one section to carry fire and sword to the other.”

Why Was Slavery a Cause of the Civil War?

A common belief is that it was the dispute about the morality of slavery that caused the southern states to secede but in reality, it was the economic and political issues of slavery that really played a part in the outbreak of the war.

The southern states wanted to assert their state’s rights over the federal government so they could abolish or ignore federal laws about slavery that they didn’t support.

In addition, the south wanted slave states to expand into the west while the north wanted to make western states free states.

The Republican party was opposed to westward expansion of slavery into these new states and when Abraham Lincoln, who was a member of the Republican party, won the 1860 election, the southern states saw this as a major loss to their cause.

Lincoln’s Last Warning [Pres. Lincoln about to cut down tree (slavery) – warning a man to come down from the tree], illustration published in Harper’s Weekly, circa 1862

Feeling they were being pushed out of the political process in the United States, eleven southern states felt they had no other choice and decided to secede from the Union:

After South Carolina seceded in December of 1860, it demanded that the United States abandon its military forts in Charleston Harbor and then, in April of 1861, attacked and overtook Fort Sumter, an event which kick started the Civil War.

Americans Are Still Divided on the Cause of the Civil War:

The debate about whether slavery was the cause of the Civil War still continues today. In 2011, a Pew Research Center poll found that Americans are still divided on this question with 48% saying the war was “Mainly about state’s rights,” while 38% said it was “Mainly about slavery” and 9% said it was about both equally. The remaining 6% said it was neither or they didn’t know.

Another poll conducted in 2011, the CNN/Opinion Research Poll, found that 52% of respondents polled said that slavery was the main reason why the southern states seceded while 42 percent said it was not the main reason.

Yet, a Harris poll conducted in January of 2011 found that 54% of the respondents polled felt that the south was fighting for state’s rights and 69% felt the north was fighting to preserve the Union rather than to abolish slavery.

Another study conducted in 2015, the McClatchy-Marist Poll found that 54% of respondents said slavery was the main reason for the Civil War while 41% percent said it was not the main reason and 6% didn’t know.

“A Man Knows a Man, Give me your hand, comrade! We have each lost a leg for a good cause; but, thank God, we never lost heart,” illustration published in Harper’s Weekly, circa April 1865

In addition, these responses in the McClatchy-Marist poll varied by region. In each geographical region except for the south, respondents said that slavery was the main reason for the Civil War. According to the poll, the southerners polled were divided on the issue with between 45-49% of them saying slavery was not the main cause.

Either way, it appears that the debate about what caused the Civil War isn’t over yet and probably won’t be anytime soon. 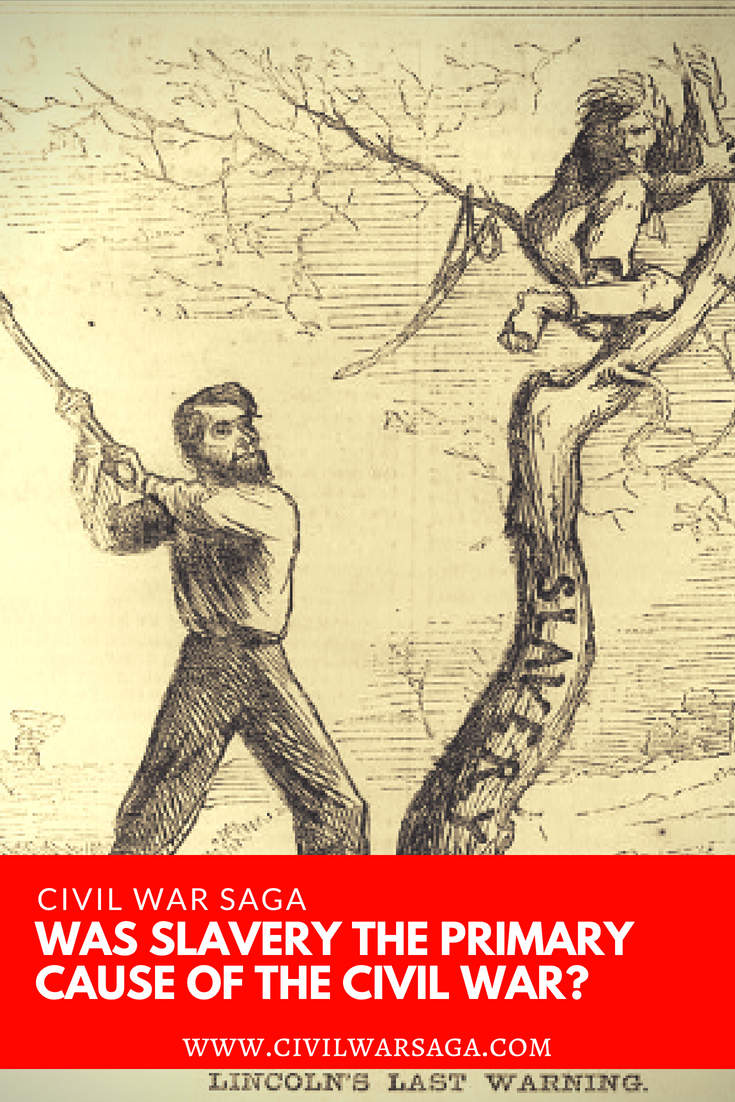 4 thoughts on “Was Slavery the Primary Cause of the Civil War?”