During an interview for The Chautauquan magazine in 1896, with a writer named Rosa Belle Holt, Harriet Tubman stated that she did not like Abraham Lincoln during the Civil War and only learned to appreciate him after her friend, Sojourner Truth, told her Lincoln was not an enemy but a friend to African-Americans.

The statement came after Holt asked Tubman if she ever visited Lincoln at the White House:

“No, I’m sorry now, but I didn’t like Lincoln in them days. I used to go see Missus Lincoln, but I never wanted to see him. You see we colored people didn’t understand then [that] he was our friend. All we knew was that the first colored troops sent south from Massachusetts only got seven dollars a month, while the white regiment got fifteen. We didn’t like that. But now I know all about it and I is sorry I didn’t go see Master Lincoln.”

Tubman said she eventually changed her mind after Sojourner Truth told her Lincoln was “our friend” and had gone to the White House in October of 1864 to thank Lincoln for signing the Emancipation Proclamation, according to the book Harriet Tubman: Slavery, the Civil War, and Civil Rights in the 19th Century:

“The two women initially held very different opinions of President Lincoln, however. Tubman questioned Lincoln’s motivation for issuing the Emancipation Proclamation and critiqued what she perceived as his slow and reluctant embrace of black freedom. She also blamed Lincoln for the policies that perpetuated unequal pay and treatment for black solders. Sojourner Truth, in contrast, readily accepted Lincoln’s reputation as the ‘Great Emancipator’ and remarked after meeting him in the fall of 1864 that she ‘had never treated with more kindness and cordiality than I was by the great and good man Abraham Lincoln, by the grace of God President of the United States for four more years.'”

Sojourner Truth told her that Lincoln appreciated the visit but felt he only did what any president would have done in his shoes. 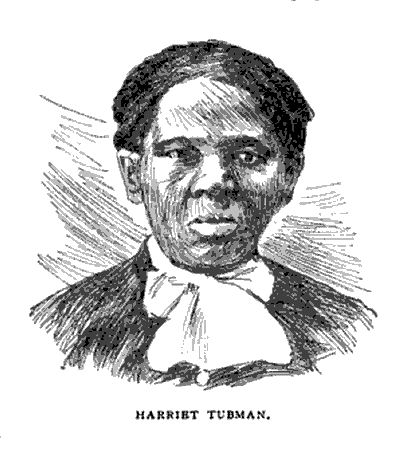 Harriet Tubman, illustration published in the Chautauquan magazine, in 1896

For the rest of her life, Tubman regretted not meeting Lincoln and thanking him for ending slavery. One of her close friends, Helen Tatlock, said during an interview with Earl Conrad in the 1939:

“I remember very clearly Harriet saying, and repeating, very often, that she did not know Lincoln. It was a deep sorrow and regret of her later years. She never recovered from that in any way.”

It’s not that surprising that Tubman would questioned Lincoln’s true feelings about slavery and race because it is something that is still hotly debated today. Lincoln was widely inconsistent on these issues and often contradicted himself, according to the book The Fiery Trial: Abraham Lincoln and American Slavery by Eric Foner:

“Lincoln was strongly antislavery, but he was not an abolitionist or a Radical Republican and never claimed to be one. He made a sharp distinction between his frequently reiterated personal wish that ‘all men everywhere could be free’ and his official duties as a legislator, congressman, and president in a legal and constitutional system that recognized the South’s right to property in slaves. Even after issuing the Emancipation Proclamation he continued to declare his preference for gradual abolition. While his racial views changed during the Civil War, he never became a principled egalitarian in the manner of abolitionists such as Frederick Douglass and Wendell Phillips or Radical Republicans like Charles Sumner.”

Even Frederick Douglass‘ opinions on Abraham Lincoln as the “Great Emancipator” shifted as he also struggled to determine exactly where Lincoln stood on the subject of race.

Douglass once angrily stated in 1862 that he felt Lincoln was pro-slavery but was masquerading as an anti-slavery advocate. He then wrote in 1865 that Lincoln was “emphatically, the black man’s President,” but a decade later, at the unveiling of an Emancipation Proclamation monument in Washington D.C., he told the white audience “you are the children of Abraham Lincoln. We are at best only his step-children.”

Douglass did note, however, that no matter how people may perceive Lincoln on the issue of slavery, what Douglass did know about Lincoln was that “in his heart of hearts he loathed and hated slavery.”