Albert Woolson was a former Union drummer boy and the last surviving Civil War veteran. Born in Antwerp, NY on February 11 in 1847, he died at the age of 109 on August 2 in 1956 in Duluth, Minnesota.

Although other men, such as Walter Williams, John Salling and William Lundy, died after Woolson and also claimed to be Civil War soldiers, no evidence could be found to verify their claims.

Lying about serving in the Civil War in order to get a Civil War pension was a common practice, especially during hard times like the Great Depression. Many actual veterans also lied about their age as well when enlisting in order to gain entry into the military, making the matter even more confusing. 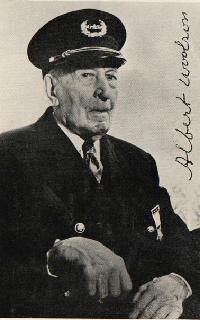 Woolson’s father, Willard Woolson, also fought in the Civil War but died from wounds received in the Battle of Shiloh. After his father died, Albert Woolson enlisted as a rifleman on October 10, 1864 but served as a drummer boy for Company C in the 1st Minnesota Heavy Artillery Regiment. The company never saw combat and Woolson was honorably discharged in September of 1865.

After the war, Woolson returned to civilian life in Minnesota where he worked as a carpenter. He married Jane Sloper in 1868 and remained married until her death in 1901.

In the late 1800s, Woolson joined the Grand Army of the Republic, an organization made up of Civil War veterans. According to the book Minnesota in the Civil War, Woolson was one of only six Civil War veterans to attend the group’s last encampment in Indianapolis in 1949.

Woolson also served as the organization’s Senior Vice Commander in Chief in 1953. Since he was the last surviving Civil War soldier, the organization was dissolved after his death.

Albert Woolson as a young soldier

Late in his life, Woolson was interviewed by a number of news organizations. During one interview, Woolson spoke about his experience firing a practice round of a cannon during the war:

“One day the colonel handed me the end of a long rope. He said, ‘When I yell, you stand on your toes, open your mouth, and pull.’ First time the cannon went off, I was scared to death.”

Woolson also explained his personal feelings about the war, stating: “We were fighting our brothers. In that there was no glory.”

Woolson also said that he voted for Abraham Lincoln in 1864, when he was 17 years old, under a special law that allowed soldiers to vote.

During an interview with Bob Wombacker, Carl Wombacker and Jim Bernard in August of 1954, he described his childhood experiences meeting Lincoln and watching John Wilkes Booth perform at Ford’s Theater:

“One day father and I went to the capitol building at Albany, N.Y. There was a meeting there and one man was tall, had large bony hands. It was old Uncle Abe, and he talked about human slavery….Antwerp, New York. When I was nine years old, I went in with my father to Ford’s Theater. Two brothers, actors on the stage, the youngest one is the one that shot Lincoln, later on. We were that evening at the theater, the first time I was in there. About a week later, one evening, the President of the United States and his wife were sitting in the audience, and he walked up and shot him right through the back of the head. He lived about three, four hours…Poor old Abe.”

On his 107th birthday, Woolson gave an interview with Life magazine in which he discussed what it was like being the last Civil War veteran:

“It seems sad, all those friends gone. It’s hard to realize, of all those two and a half million men I am the only one left…But don’t you count me out yet, I’m going to be around for three of four of these birthdays.”

When Woolson died two years later, of a recurring lung condition, he was buried with full military honors at the Park Hill cemetery in Duluth. On the day of his death, the New York Times published an obituary about Woolson with a statement from President Eisenhower:

“The Civil War, the greatest single experience we ever had, was both an end and a beginning. But when the final handful of dust drifted down on Albert Woolson’s casket, and the last note of the bugle hung against the sky, the door swung shut. It cannot be reopened.” 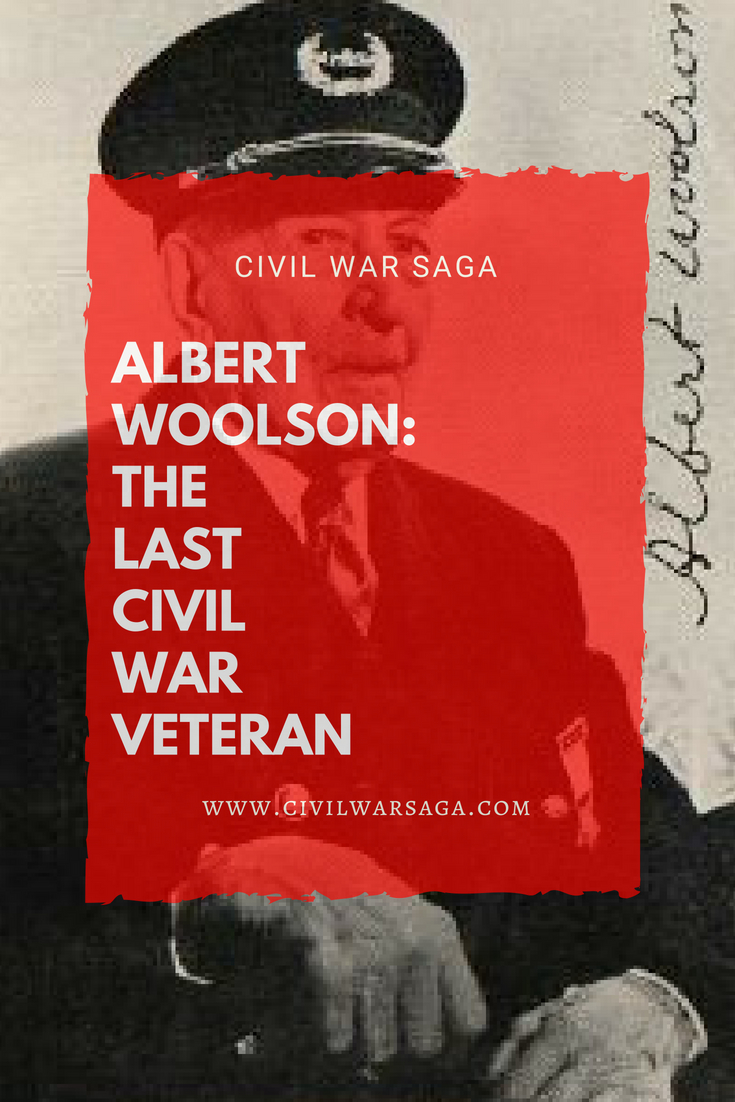