Alfred Packer, the prospector accused of cannibalism in 1874, was also a Civil War soldier who fought for the Union army.

Packer, who was born in Pennsylvania in 1842, was working as a shoemaker when the Civil War broke out. A year later, on April 22 of 1862, Packer enlisted in Company F of the 16th U.S. Infantry Regiment at Winona, Minnesota.

Packer’s military records state that he was 5 feet 8 ½ inches tall, of light complexion, with blue eyes and light hair.

Packer was so proud of his new role he even had his encampment, battalion numbers and infantry numbers tattooed on his right arm, along with an accidentally misspelled version of his name “Alferd.”

These military records indicate Packer was honorably discharged eight months later due to his lifelong struggle with epilepsy, which rendered him “incapable of performing the duties of a soldier.”

Determined to be a soldier, Packer enlisted again six months later in Ottumwa, Iowa but continued to struggle with his condition, according to the book Outlaw Tales of Colorado:

“Nearly a year later he was discharged again due to his epilepsy. The army surgeon stated that Packer’s epileptic seizures occurred ‘once in 48 hours and sometimes as often as two or three times in 48 hours.’”

After being discharged from the army a second time, Packer drifted from job to job, before heading to Colorado in 1873 to pan for gold. He supplemented his meager income by working as a wilderness guide in Utah and Colorado.

In the fall of 1873, Packer led a group of 21 men headed for the gold fields near Breckenridge, Colorado. After running out supplies and encountering bad weather along the way, the group split up.

Packer led one half of the group, but was the only one of them to arrive at their destination of the Los Pinos Indian Agency in Colorado the following April, claiming that he became separated from the other men.

Suspicions were aroused when survivors from the other half of the group arrived and noticed that Packer had a large amount of money and many personal possessions belonging to the missing men.

Packer finally confessed that he and another man, Shannon Bell, had eaten other men in the group after they died of natural causes due to the extreme weather. He then stated that Bell went insane and tried to kill him, prompting him to shoot Bell in self-defense and eat his corpse.

After authorities discovered the bodies of the missing men in one camp site, not scattered along the trail as Packer had claimed, they arrested Packer and charged him with murder.

“The Remains of the Murdered Men” Illustration by John Randolph, published in Harper’s Weekly in October 1874

Shortly after, Packer escaped the jail and remained at large for nine years until police finally caught up with him in Wyoming in 1883.

During his trial, Packer decided to represent himself, often rambling aimlessly and physically threatening one of the witnesses, Otto Mears.

He changed his story again, this time stating that Bell had killed the other men in the group with a hatchet and was boiling their flesh when Packer stumbled upon him and Bell charged him. Packer stated he shot Bell in self-defense and only later ate the bodies as a last resort when starvation seemed imminent.

Packer was convicted of murder in April of 1883 but when the court realized that Colorado’s only law murder law had been repealed in 1870, confusion set in about what to do with Packer and how to punish him.

According to the book Badasses of the Old West, officials held Packer in Gunnison county jail for three years before the court decided to give him a new trial, this time for the crime of manslaughter, rather than murder.

The second trial went much like the first and Packer was convicted and sentenced to 40 years of hard labor at the Canon City Penitentiary. 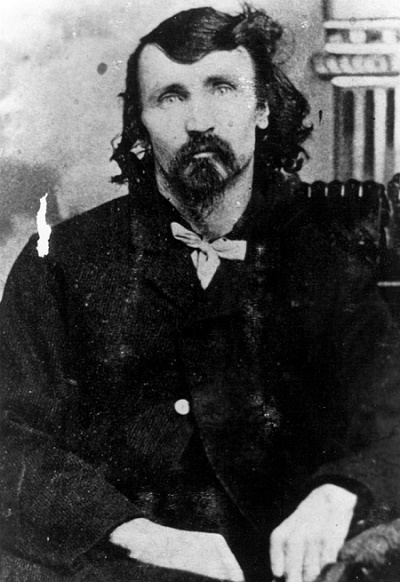 Photograph of Alfred Packer taken by Frank E. Deane during his second trial in 1886

According to articles about Packer on History.com and the Littleton city website, between the years 1899 and 1901, a reporter at the Denver Post, Polly Pry, wrote a series of articles questioning Packer’s guilt and accusing Governor Thomas of refusing to pardon Packer due to Thomas’ friendship with Otto Mears, who feared for his life after Packer threatened him at his first trial.

On Governor Thomas’ last day in office in 1901, he reluctantly agreed to pardon Packer and release him on parole.

According to Outlaw Tales of Colorado, Governor Thomas wrote a letter to the newspaper at Lake City years later, explaining that he waited so long to release Packer because during Packer’s incarceration he wrote endless angry and threatening letters to his family, in which he blamed them for the way his life turned out:

“The letters, which expressed his rage and anger in the most foul and profane language imaginable, astonished the governor. Also of great concern were Packer’s threats toward his relatives, which he said he would carry out upon his release. Governor Thomas had been asked not to reveal this information publicly. He had decided to visit Packer while he was in jail, and said that he did so several times, during which he talked with him at great length. Thomas saw no redeeming qualities in Packer’s nature and felt the inmate’s attitude had not improved. Only because of Packer’s failing health did the governor finally agree to a pardon. But he stipulated this release upon the condition that Packer would not be allowed to leave the state of Colorado for the rest of his life. This was done to protect Packer’s family members.”

After his parole, Packer worked as a guard at the Denver Post and reportedly turned vegetarian before his death in 1907. He was buried with full military honors and a veteran’s tombstone at the Littleton, Colorado cemetery. 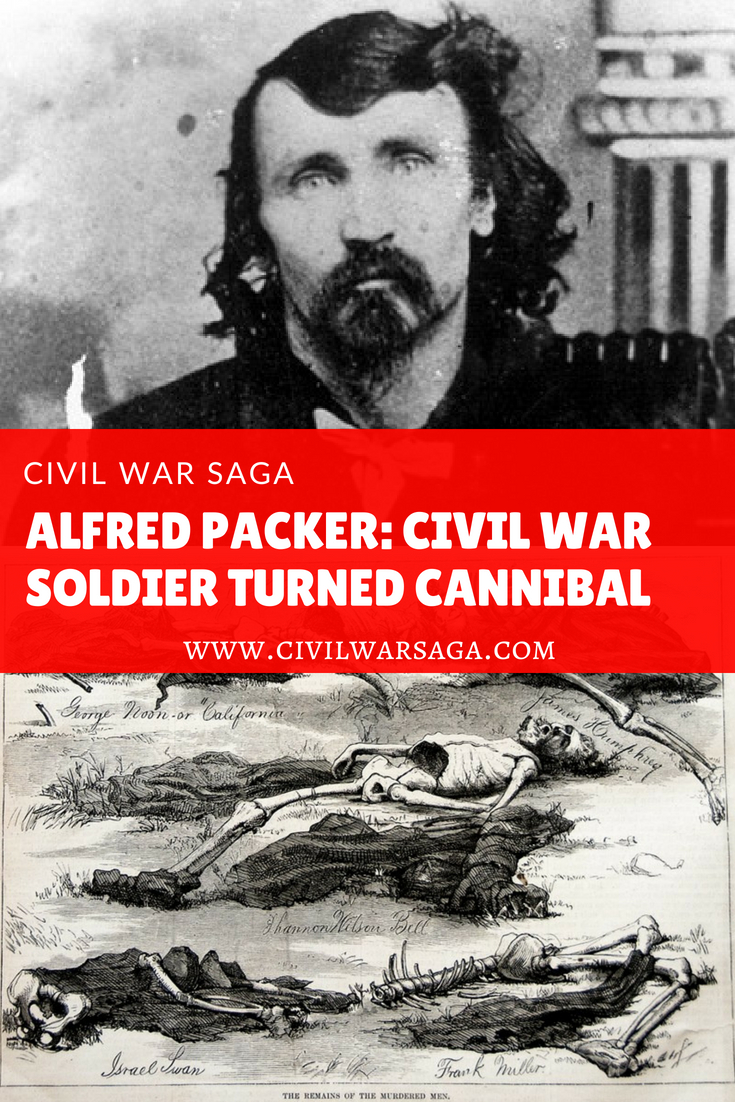