The underground railroad was a system of safe houses that stretched from the south all the way to Canada.

The purpose of the safe houses was to hide and protect runaway slaves trying to reach freedom in the north. It is estimated that over 100,000 slaves escaped through the underground railroad, though many more tried.

The underground railroad began sometime in the late 1700s. George Washington, who owned about three hundred slaves on his Mount Vernon plantation complained in 1786 about an organization of Quakers helping some of his slaves escape. 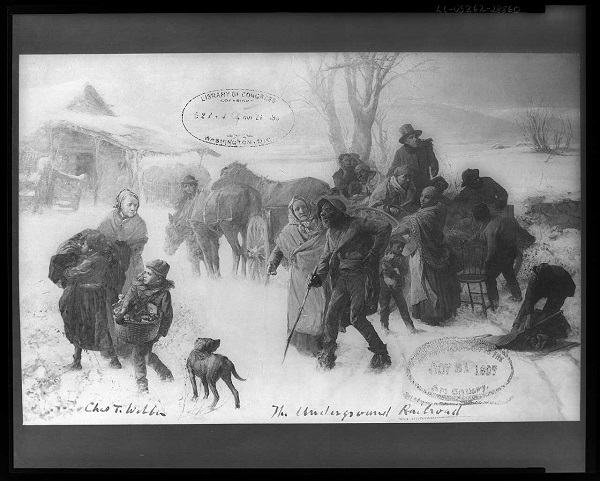 The Underground Railroad, painting by Charles T. Webber circa 1893

This system of safe houses was nicknamed the “Underground Railroad” in 1831, after the newly emerging steam railroads in the country.

People who worked on the underground railroad even used railroad terminology like naming safe houses “stations” or “depots” and called the individuals who guided escaped slaves “conductors.”

People on the underground railroad often used code words such as “drinking gourd” for the Big Dipper star constellation and the “Promised land” for Canada, where slavery was illegal and there were no laws allowing slave owners to travel into the country and catch escaped slaves.

The Fugitive Slave Act of 1850 made the act of hiding or assisting runaway slaves punishable by six months in jail and a $1,000 fine.

Slaves traveling on the underground railroad would travel 10 to 20 miles between stations, often under the cover of night, hiding in barns, forests and swamps along the way. Messages would be sent to the next stationmaster to alert them that the slaves were coming. 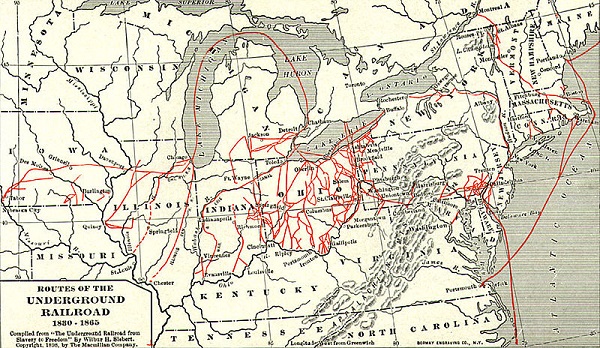 The most common form of transportation on the underground railroad was walking. Slaves walked thousands of miles from the south to the north, often all the way to Canada.

They also traveled by horseback, wagon, train or boat. Slaves used directional clues to guide them north such as following the north star and and looking for moss on the north side of trees.

Stationmasters, religious groups, abolitionist organizations and sympathizers often donated money to the escaped slaves to help purchase boat or train tickets and to buy better clothing that would help hide the fact that they were slaves.

Some of the most famous conductors were abolitionist John Fairfield, who rescued many slaves from his family’s Virginia plantation, Levi Coffin, a Quaker abolitionist from Indiana who rescued more than 3000 slaves and Harriet Tubman, an escaped slave herself who returned to the south 19 time and helped 300 slaves escape to the north.

Not all of the stationmasters and people who assisted runway slaves were white. Many were free black citizens, Native American tribes living along the escape route or Spanish soldiers stationed at Spanish-controlled forts in parts of the deep south like Florida.

Many slaves never even attempted to escape. The conditions along the underground railroad were harsh and physically exhausting. Slaves often only decided to escape when they were about to be sold or split up from their families.

Of the slaves that did escape, the majority of them were men. Men were often bigger and stronger and had an easier time coping with these harsh conditions. Female slaves often had children which made it harder to move quickly and elderly slaves simply could not keep up on the escape route. 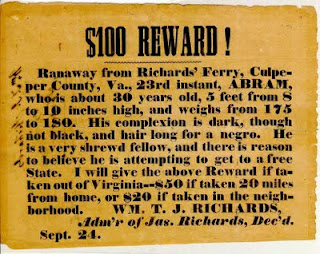 Poster offering a reward for an escaped slave

Escaped slaves were often chased and hunted down by slave catchers with horses, guns and bloodhounds that would follow the slave’s scent and track them.

The punishment for running away was often beatings, imprisonment and being sold off to another, usually crueler, slave owner.

When slaves reached a safe house they were given food and clothing. They were then hidden in basements, closets, barns, under floorboards or in specially built secret passageways and hiding spots in houses or buildings. Many of these buildings and houses still exist today with these secret hiding places still intact.

When Congress freed the slaves by passing the 13th amendment in 1865, the underground railroad activities ceased. 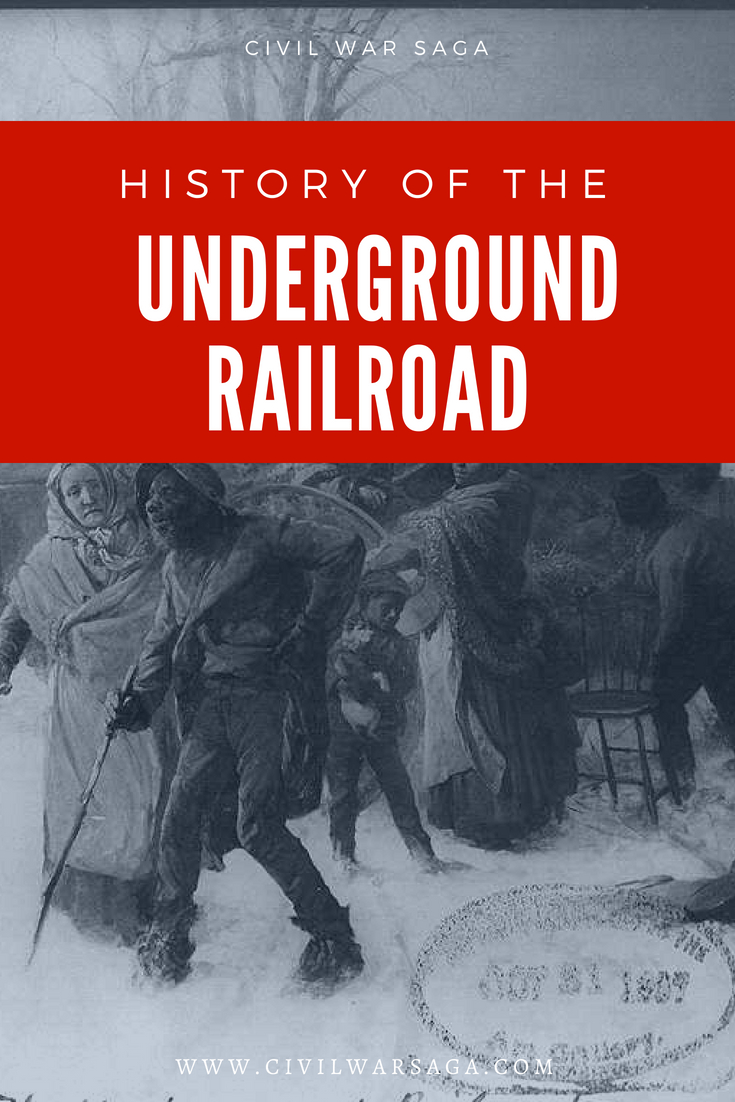