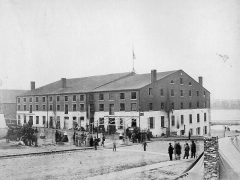 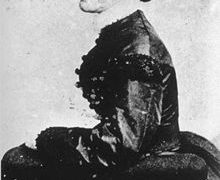 Alfred Packer, the prospector accused of cannibalism in 1874, was also a Civil War soldier who fought for the Union army. Packer, who was born in Pennsylvania in 1842, was… Read more » Rose O’Neal Greenhow was a Confederate spy and wealthy socialite from Washington D.C. Born into a large slave-holding family in Maryland around 1813, Rose was sent to live with her… Read more » The roles of women in the Civil War varied greatly. One of the many ways they aided the war effort was by working as spies. The following are some facts… Read more » The Fort Pillow Massacre occurred after the Union defeat at the battle of Fort Pillow in Henning, Tennessee on April 12, 1864. During the initial phase of the battle, the… Read more » After African-American men were allowed to join the Union army in the summer of 1862, the Confederate army instituted a policy to sell all captured black Union soldiers into slavery…. Read more » African-Americans who served as soldiers in the Civil War didn’t receive the same treatment as white soldiers. When African-American soldiers were finally allowed to enlist in the Union army in… Read more » Gettysburg is historic for many reasons, not just because of the famous Battle of Gettysburg that occurred there in 1863. In 1937, it was discovered that dinosaurs and prehistoric creatures… Read more »