Although John Wilkes Booth is now known as the infamous assassin who brutally murdered Abraham Lincoln in 1865, during his lifetime Booth was known as a famous and handsome stage actor that even Lincoln himself enjoyed watching perform at Ford’s Theater.

Lincoln watched Booth perform in numerous plays, including one called the Marble Heart at Ford’s Theater on November 9, 1863.

The Washington Chronicle called it a “beautiful emotional play” and Booth earned rave reviews for his role in the production.

According to the book Lincoln’s Sanctuary: Abraham Lincoln And The Soldiers’ Home, Lincoln enjoyed Booth’s performance so much he sent a note backstage inviting him to the White House so they could meet.

Booth, a rebel sympathizer and Confederate spy, evaded the president’s invitation. Booth didn’t give Lincoln a specific reason why he couldn’t visit but he later told his friends “I would rather have the applause of a Negro to that of the president!”

According to the book Inside Lincoln’s White House, the actor Frank Mordaunt later corroborated this story:

“Lincoln was an admirer of the man who assassinated him. I know that, for he said to me one day that there was a young actor over in Ford’s Theater whom he desired to meet, but that the actor had on one pretext or another avoided any invitations to visit the White House. That actor was John Wilkes Booth.”

Less than a year after receiving the invitation to the White House, Booth met with some associates at the Parker House Hotel in Boston in July of 1864 and began working on a plan to kidnap the president and exchange him for Confederate prisoners of war.

Although Booth had refused to visit the White House, he did later attend Lincoln’s second inauguration at the Capitol Building on March 4, 1865, at the invitation of Booth’s girlfriend, Lucy Hale, who was the daughter of Senator John P. Hale. Booth was even photographed sitting far behind Lincoln as he gave his inaugural address. 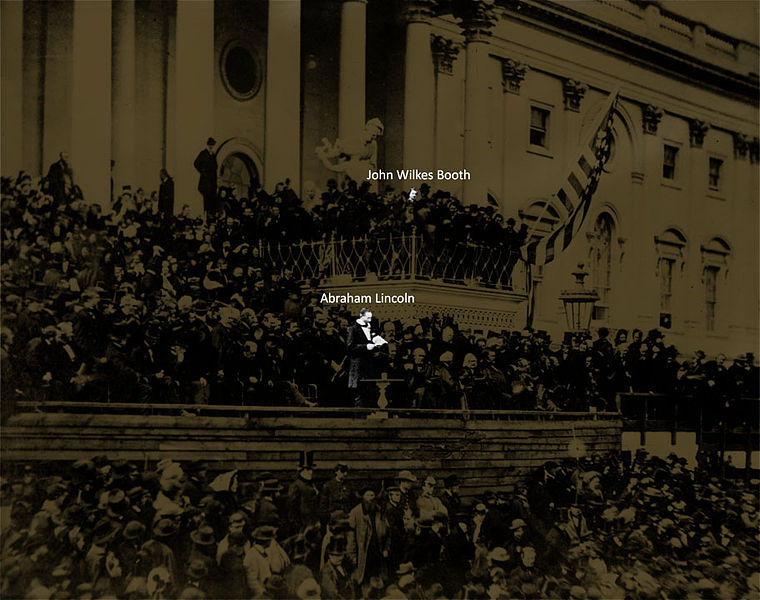 Just a few weeks after attending the inauguration, Booth and his associates put their plan to kidnap the president into action and set up an ambush in the outskirts of Washington D.C. on March 17. They planned to kidnap Lincoln as he returned from an event nearby but their evil deed was thwarted when Lincoln changed his plans at the last second and never arrived at the site of the ambush.

Frustrated, Booth gave up on his kidnapping plan and instead shot Lincoln at Ford’s Theater on April 14, 1865. Since Lincoln was shot from behind and lost consciousness almost immediately, it is unlikely he ever knew that his killer was the same actor he had admired so much.

After shooting the president, Booth jumped from the Presidential box to the stage below, breaking his leg upon landing, and shouted Sic Semper Tyrannis, before fleeing.

Due to the fact that Booth was a famous actor and had committed the crime in the very theater he often worked in, he was recognized instantly, as actor Harry Hawke, who was on stage at Ford’s Theater when the incident occurred, wrote in a letter to his father the following day:

“The ‘old lady’ of the theater had just gone off the stage, and I was answering her exit speech when I heard the shot fired. I turned, looked up at the President’s box, heard the man exclaim, Sic semper tyrannis, saw him jump from the box, seize the flag on the staff and drop to the stage; he slipped when he gained the stage, but got upon his feet in a moment, brandished a large knife, saying, ‘The South shall be free!’ turned his face in the direction I stood, and I recognized him as JOHN WILKES BOOTH. He ran toward me, and I, seeing the knife, thought I was the one he was after, ran off the stage and up a flight of stairs. He made his escape out of a door directly in the rear of the theatre, mounted a horse and rode off.”

A manhunt for Booth ensued and many members of the Booth family were arrested on suspicion of conspiring with Booth. John Wilkes Booth was eventually tracked down by a unit of cavalrymen and killed, by soldier Boston Corbett, on a farm in Virginia on April 26, 1865.

Officials found a red leather diary on Booth’s body which contained several photographs of women, including a photograph of his girlfriend Lucy Hale, as well as two entries Booth had written defending his actions against the president. 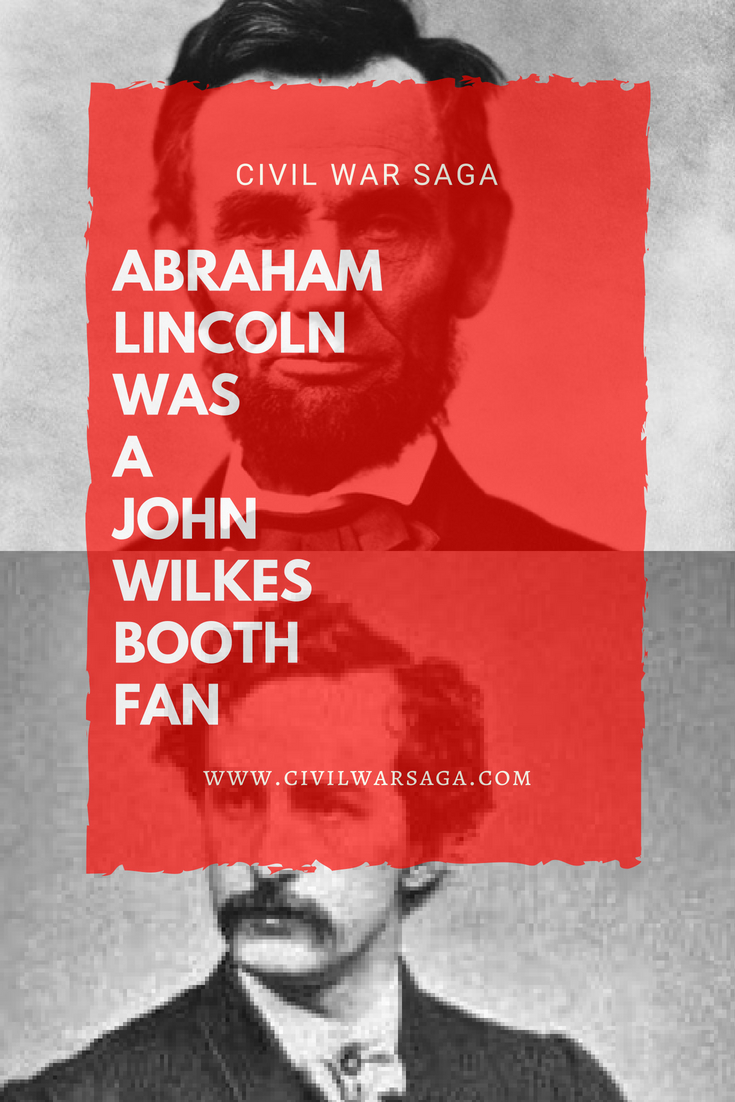