John Wilkes Booth was a handsome, successful stage actor in 1865 when he assassinated Abraham Lincoln.

A staunch confederate and supporter of slavery, Booth felt Lincoln’s actions during the Civil War had gone too far. After Booth’s original plan to kidnap Lincoln failed, Booth hatched a new plan to assassinate Lincoln instead.

He succeeded on the night of April 14 in 1865, when he entered the presidential box at Ford’s Theater and shot Lincoln in the back of the head with a derringer pistol.

Booth then fled the theater and spent 11 days on the run before officers cornered him on a farm in Virginia and killed him during a stand off.

Although the assassination and Booth’s death was a shock to the country, Booth himself had been warned of his fate years before as a boy. 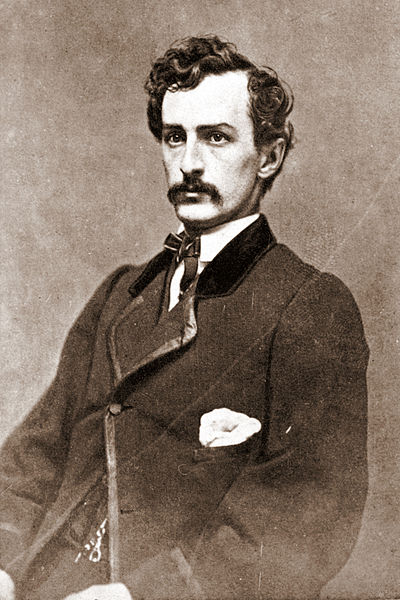 Booth’s sister, Asia Booth wrote a memoir titled “The Unlocked Book: A Memoir of John Wilkes Booth” in 1874 during which she describes John’s encounter with a gypsy near his boarding school when he was 13 years old:

“One day a gypsy living in the woods near Cockeysville read John’s palm. She said, “Ah, you’ve a bad hand; the lines all cris-cras! It’s full enough of sorrow. Full of trouble. Trouble in plenty, everywhere I look. You’ll break hearts, they’ll be nothing to you. You’ll die young, and leave many to mourn you, many to love you too, but you’ll be rich, generous, and free with your money. You’re born under an unlucky star. You’ve got in your hand a thundering crowd of enemies – not one friend – you’ll make a bad end, and have plenty to love you afterwards. You’ll have a fast life – short, but a grand one. Now, young sir, I’ve never seen a worse hand, and I wish I hadn’t seen it, but every word I’ve told is true by the signs. You’d best turn a missionary or a priest and try to escape it.”

The prediction was eerily accurate. Booth did became rich relatively quickly during his short life. By the time Booth was 22 years old, he was earning about $20,000 a year (the equivalent of $500,000 today) and had investments in various oil and real estate companies.

Although he lived in the shadow of his father and brother, both much more famous and successful actors, Booth enjoyed his own fame and toured all over the country performing in some of the finest theaters while playing coveted roles. 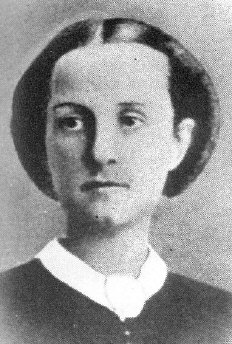 Yet, when Booth died that April day he also left behind a “thundering crowd of enemies – not one friend.” Booth had expected southerners to thank him and praise him as a hero for assassinating Lincoln and was surprised when this did not happen.

While reading newspapers after Lincoln’s death, Booth discovered that confederates and southerners alike mourned the president and denounced Booth’s actions. Aside from his conspirators, Booth was indeed alone.

The only ones left to mourn Booth’s death was his family and fiance, Lucy Hale.

Booth’s brother Edwin wrote to his sister Asia after John’s death and asked her to “Think no more of him as your brother; he is dead to us now, as he soon must be to all the world, but imagine the boy you loved to be in that better part of his spirit, in another world.”

It was Asia who remembered the Gypsy’s prediction and dug out the fateful warning she had written down years before.

Booth was buried in a horse blanket in a storage room at the same Washington Arsenal Penitentiary where his conspirators were hanged.

Two years later he was dug up, placed in a pine box and then reburied in the dirt floor of a warehouse at the penitentiary.

Another two years later Booth was exhumed one last time and his body was released to his family. The Booth family buried him in the family plot in Maryland but left his individual grave unmarked.