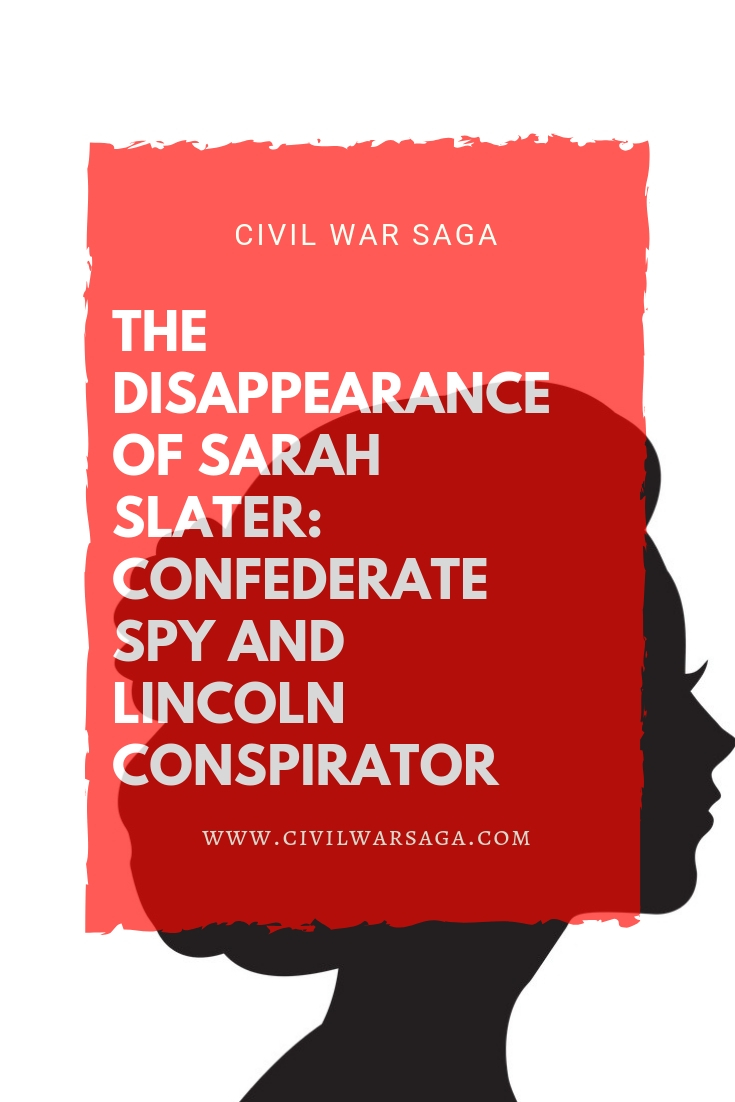 7 thoughts on “The Disappearance of Sarah Slater: Confederate Spy and Lincoln Conspirator”