Abraham Lincoln was the 16th president of the United States and the first president to be assassinated.

Although he was born to a poor farmer in Kentucky, Lincoln grew up to become a lawyer and served as a member of the Illinois House of Representatives and the U.S. Congress before winning the presidential office in 1860.

Abraham Lincoln was born to Thomas Lincoln and Nancy Hanks on February 12, 1809 in a cabin three miles south of Hodgenville, Kentucky. Hanks’ cousin, Dennis Hanks, visited Nancy and her new baby the day after he was born and noted how pleased the young mother looked, according to the book Lincoln’s Parentage and Childhood:

“Nancy was layin’ thar in a pole bed lookin’ purty happy. Tom’d built up a good fire and throwed a b’ar skin over the kivers to keep ‘em warm.”

Lincoln had an older sister, Sarah, and later had a younger brother Thomas, but Thomas died in infancy. Lincoln’s father, Thomas, had deep Massachusetts roots and was the descendant of a weaver’s apprentice who moved to Massachusetts from England in 1637.

In fact, the Lincoln family was related to Paul Revere of Boston through three different marriages between Thomas Lincoln’s cousins and Paul Revere’s daughters.

Abraham Lincoln was also reportedly related to a Confederate soldier, Private Abraham B. Lincoln of the 1st Virginia Cavalry. The two men were descended from Mordecai Lincoln of Massachusetts who had moved to Pennsylvania in the late 17th century.

On Lincoln’s maternal side, it is speculated that his mother, Nancy Hanks, was an illegitimate child. The National Parks Service website states she was the only daughter of James and Lucy Shipley Hanks and was born February 5, 1784.

Not much is known about Nancy Hanks or her family history but Abraham Lincoln often spoke lovingly of her, according to the book The Life of Lincoln by Union General Henry Ketcham:

“In 1806, he [Thomas Lincoln] married Nancy Hanks, a young woman from Virginia, who became the mother of the president. Doubtless there are many women among the obscure who are as true and loyal as she was, but whose life is not brought into publicity. Still, without either comparing or contrasting her with others, we may attest our admiration of this one as a ‘woman nobly planned.’ In the midst of her household cares, which were neither few nor light, she had the courage to undertake to teach her husband how to read and write. She also gave her children a start in learning. Of her the president, nearly half a century after her death, said to Seward, with tears, – ‘All that I am or hope to be, I owe to my angel mother – blessings on her memory.'” 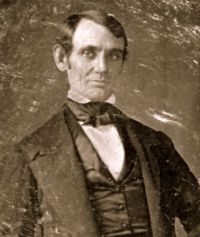 In 1816, Lincoln’s father decided to move the family to a farm in Indiana after a land claim dispute caused the family to be evicted from their Kentucky farm. His father went ahead to Indiana to prepare the farm for their arrival. During his absence, the Lincoln family said goodbye to the farm and their life in Kentucky, according to Ketcham:

“During his father’s absence, the boy Abe had his first observation of sorrow. A brother had been born in the cabin and had died in infancy. The little grave was in the wilderness, and before leaving that country forever, the mother, leading her six-year-old boy by the hand, paid a farewell visit to the grave. The child beheld with awe the silent grief of the mother and carried in his memory that scene until his dying day.”

After arriving at the farm in Indiana, Lincoln helped tend the family crops but disliked hunting and fishing.

Tragedy once again struck the Lincoln family when, on October 5, 1818, Lincoln’s mother died suddenly of “milk sickness,”  caused by drinking milk from a cow that fed on a poisonous plant called snake root.

Thomas Lincoln built her coffin himself and buried her on a hill just south of the farm. There was no pastor or funeral service and her grave was simply marked by a wooden slab that was later replaced by a headstone in 1879.

His father remarried a few years later and Lincoln grew close to his new stepmother. Thomas Lincoln moved his family to Illinois when Abraham was 21 years old. Lincoln, who was six foot four, was described as a tall, muscular, good-natured, yet moody young man. It has been speculated that Lincoln suffered from depression, an illness that plagued him his entire life.

After moving to Illinois, Lincoln had no interest in farming and tried many jobs, such working as a rail-splitter, flat boatman, storekeeper, postman, surveyor and volunteer in the Black Hawk War, which his later political nemesis, Jefferson Davis, also fought in, and eventually decided to run as a legislator for the state assembly.

Lincoln won his first election for a seat in the Illinois General Assembly in 1834. He was reelected again in 1836, 1838, and 1840 but then decided to leave politics and study law instead, eventually becoming a professional lawyer.

Who Was Abraham Lincoln Married To?

After many years of single life, Lincoln met Mary Todd and proposed to her in 1841. Mary was from an educated, well-to-do family and Lincoln often felt inadequate around her family.

The couple broke up shortly after the engagement but quickly reconciled and were married on November 4, 1842. They had four boys, Willie, Robert Todd, Thomas and Edward. 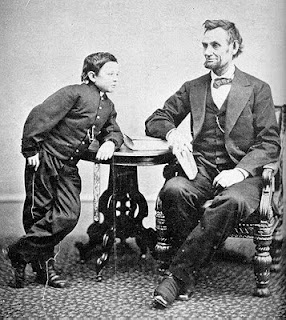 Lincoln was known as a critical, freethinker. His lack of religious faith was often used against him in his political career. When Lincoln ran for Congress in 1846, he distributed a handbill defending himself against rumors that he spoke openly against religion.

Lincoln won his bid for Congress in 1847. He did not seek renomination after serving his two-year term and was offered the job of secretary and then governor of Oregon territory. He turned down both offers and continued practicing law.

Lincoln returned to politics again and ran unsuccessfully for a seat as a U.S. senator in 1855 and again in 1858, before he was elected President of the United States in 1860.

Abraham Lincoln’s legacy as president is defined by his actions during the Civil War and his support of the Emancipation Proclamation and the 13th amendment.

Lincoln’s election in 1860 was the last straw in the slow build up to the Civil War and, as a result, is considered to be one of the main causes of the Civil War. Despite his anti-slavery stance, Lincoln believed slavery should be contained to the south, not eliminated completely, and did not believe in equality between the races. This still did not persuade southerners that he would protect their ownership of slaves.

Even before Lincoln’s inauguration, South Carolina withdrew from the union. This lead many other states to secede and Lincoln was forced to take action. In his inaugural address Lincoln declared:

“In your hands, my dissatisfied fellow countrymen, and not in mine, is the momentous issue of civil war. The government will not assail you…. You have no oath registered in Heaven to destroy the government, while I shall have the most solemn one to preserve, protect and defend it.”

Fighting began the next month when Lincoln sent 75,000 troops to recapture forts taken by the rebels. 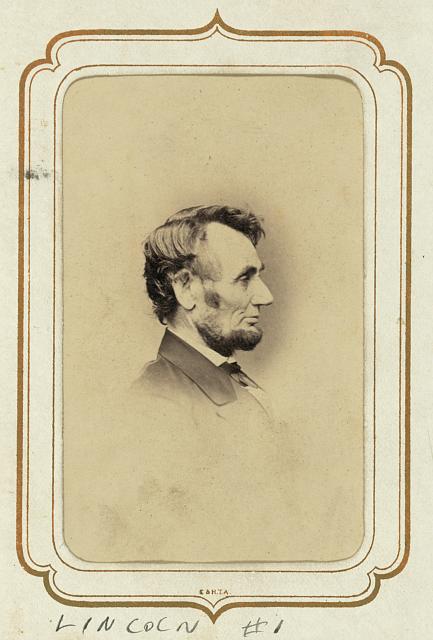 Hoping to persuade France to support the Union cause, Lincoln met with Prince Napoleon in August of 1861 and held a dinner party at the White House that evening in Napoleon’s honor. The dinner party didn’t go well and France remained neutral throughout the war.

The fighting continued for two years before Lincoln issued the Emancipation Proclamation, in January of 1863, in an attempt to weaken the rebellion. This law did not abolish slavery, the 13th amendment did that, but did free slaves in seceded states the were not occupied by Union forces.

After the Battle of Gettysburg in July of 1863, Lincoln gave his famous speech, the Gettysburg Address, that November at a dedication ceremony for a cemetery of Union soldiers, even though Lincoln was sick with smallpox at the time.

In 1864, Lincoln campaigned against New York democrat George B. McClellan and won reelection. 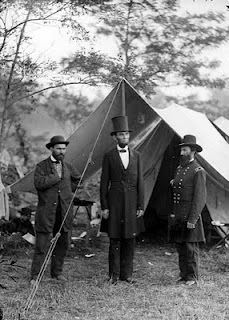 Abraham Lincoln at Antietam photographed by Alexander Gardner on October 3, 1862

The war finally ended a few months later in 1865 after the south lost a series of battles and admitted defeat.

Lincoln joined his wife at the Ford’s Theater on the night of April 14, 1865 to a watch a play titled “Our American Cousin.” An actor and loyal Confederate, John Wilkes Booth, whom was one of Lincoln’s favorite actors, discovered Lincoln planned to attend the performance that night and made his way to the theater.

Later that night, Booth approached the presidential box during the third act of the play and shot Lincoln in the back of the head. Booth then jumped of the balcony and broke a bone in his left leg when he landed on the stage. He shouted “Sic semper tyrannis!” (The Virginia state motto meaning: Thus always to tyrants) and then shouted “The south is avenged!” before making his escape, according to Booth’s diary. 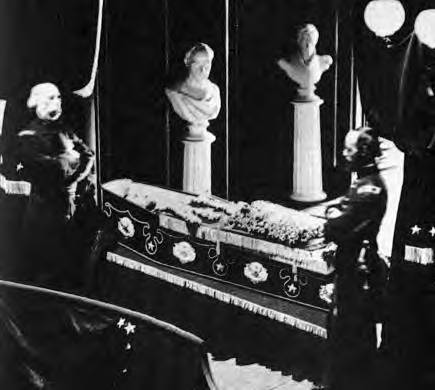 The bullet lodged in Lincoln’s brain and paralyzed him yet did not kill him instantly. Lincoln was carried across the street to a boarding house where a doctor tried desperately to save his life. There he laid for 9 hours before finally dying of his wounds. 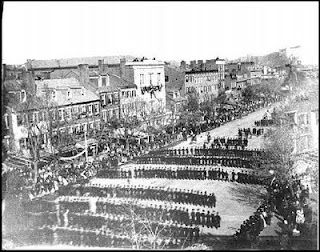 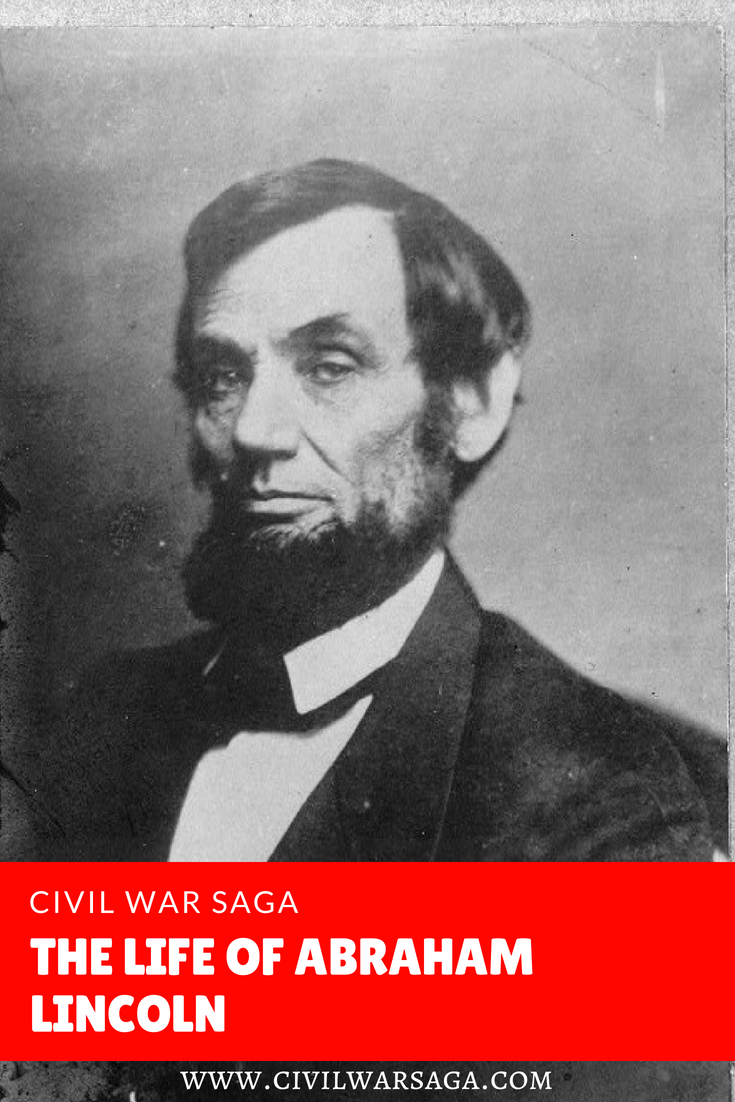