The Fort Pillow Massacre occurred after the Union defeat at the battle of Fort Pillow in Henning, Tennessee on April 12, 1864.

During the initial phase of the battle, the Confederate army bombarded the fort with artillery in an attempt to get the Union soldiers inside to surrender.

When Union Major William Bradford refused, 1,500 Confederate cavalrymen stormed the fort and overtook the 557 Union soldiers inside, half of whom were African-American.

Survivors later stated that after the Union soldiers surrendered, the Confederates slaughtered many of the African-American soldiers.

One such account, a letter to Congressman H.T. Blow from naval officer Robert S. Critchell, was published in the New York Times a few weeks after the battle:

“SIR: Since you did me the favor of recommending my appointment last August, I have been on duty aboard this boat.
I now write you with reference to the Fort Pillow massacre. I write, because most of our crew are colored, and I feel personally interested in the retaliation which our Government may deal out to the rebels, when the fact of the merciless butchery is fully established.
Our boat arrived at the fort about 7 1/2 A.M., on Wednesday, the 13th, the day after the rebels captured the fort. After shelling them, whenever we could see them, for two hours, a flag of truce from the rebel Gen. CHALMERS was received by us, and Capt. FERGUSON, of this boat, made an arrangement with Gen. CHALMERS for the paroling of our wounded and the burial of our dead; the arrangement to last until 5 P.M. We then landed at the fort, and I was sent out with a burial party to bury our dead.
I found many of the dead lying close along by the water’s edge, where they had evidently sought safety; they could not offer any resistance from the places where they were, in holes and cavilles along the banks; most of them had two wounds. I saw several colored soldiers of the Sixth United States Artillery, with their eyes punched out with bayonets; many of them were shot twice and bayonetted also. All those along the bank of the river were colored. The number of the colored near the river was about seventy. Going up into the fort, I saw there bodies partially consumed by fire. Whether burned before or after death I cannot say, any way there were several companies of rebels in the fort while these bodies were burning, and they could have pulled them out of the fire had they chosen to do so.
One of the wounded negroes told me that he had’nt done a thing, and when the rebels drove our men out of the fort they (our men) threw away their guns and cried out that they surrendered; but the rebels kept on shooting them down until they had shot all but a few. This is what they all say.
I had some conversation with rebel officers, and they claim that our men would not surrender, and in some few cases they could not control their men, who seemed determined to shoot down every negro soldier, whether he surrendered or not. This is a flimsy excuse, for after our colored troops had been driven from the fort, and they were surrounded by the rebels on all sides, it is apparent that they would do what all say they did, throw down their arms and beg for mercy.
I buried but very few white men; the whole number buried by my party and the party from the gunboat New Era was about one hundred.
The rebels had burned some of the white dead.
I can make affidavit to the above if necessary.
Hoping that the above may be of some service and that a desire to be of service will be considered sufficient excuse for writing to you, I remain, very respectfully, your obedient servant,
ROBERT S. CRITCHELL, Acting-Master’s Mate, U.S.N.”

A letter from another survivor, a civilian photographer with the Union army, Charles Robinson, also detailed the atrocities that day:

“As soon as the rebels got to the top of the bank there commenced the most horrible slaughter that could possibly be conceived. Our boys when they saw that they were overpowered threw down their arms and held up, some their handkerchiefs & some their hands in token of surrender, but no sooner were they seen than they were shot down, & if one shot failed to kill them the bayonet or revolver did not. I lay behind a high log & could see our poor fellows bleeding and hear them cry ‘surrender’ ‘I surrender,’ but they surrendered in vain for the rebels now ran down the bank and putting their revolvers right to their heads would blow out their brains or lift them up on bayonets and throw them headlong into the river below.”

A federal investigation launched by the Joint Select Committee on the Conduct of War examined the claims and sided with the survivors, blaming the Confederates for shooting the soldiers after they surrendered.

The Confederates refuted the findings and southern newspapers accused the Union army of lying. In one such article, published in the Richmond Enquirer on April 30, 1864, the author downplayed the idea of a massacre and stated that black Union soldiers, who were often sold into slavery when captured by the Confederates, were too valuable to kill:

“The ‘so-called’ massacre at Fort Pillow is merely an offset to the damaging truths that have made the names of BUTLER, MCNEILL and TURCHIN infamous all over the world. In this light it will be understood and appreciated as merely another false-hood…We have seen no evidence of any ‘massacre’ whatever, but should it become necessary to put a garrison to the sword, under the law of war, we should expect the whites to be shot and the negroes to be sold. A negro at $5,000 is too valuable to be shot.”

Despite the eyewitness accounts and the results of the federal investigation, both sides have yet to come to an agreement about what actually occurred after the battle of Fort Pillow and the controversy still continues to this day. 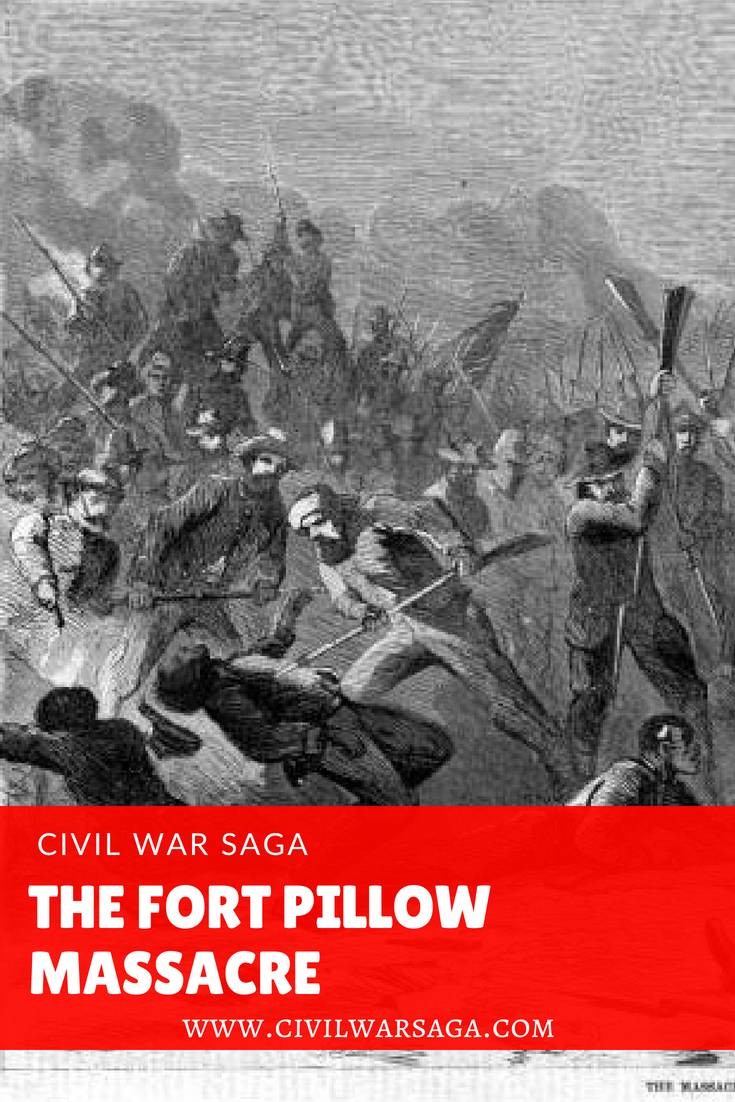 1 thought on “The Fort Pillow Massacre”